The place to come if you've been with us for years or it's your first time here. General yakking about anything motorcycle related. Think of it as the internet coffeehouse for the UTMC.
Post Reply
247 posts

Hi all, I'm putting together a CD of UTMC related art to send off to Mountain for various future projects. As I looked at what I had, I realized that most of it was pretty much the same, and thought that some new stuff would be nice.

Many of you have amazing artistic talent flowing in your veins, and I was wondering if you have any cool and groovy illustrated stuff you'd like to add to the mix. Anything you would like to contribute is welcome, don't worry about any guidlines or anything, just run with it

If you've got anything, or want to create something for the occasion, please post it here or email it to me. If your work is used for an upcoming t-shirt design or something, you'll get a few freebies. Also, you can have dominion over when and where the art is used, so no worries if you later decide to retire the design. Thanks much!

@-Mountain, the first CD will be on it's way tomorrow, sorry it's taking so long.

Aside from the artwork in the above banner, is there a location for artwork already done to get an idea of what yoru after?
Sanity has left the building
Top

I wish I had some sparetime/energy/ideas
I'm not really from around here.
Top

Here's some of the art we have on hand. No worries about following any guidelines or particular styles tho, just go with whatever you like to do. Also, no rush on anything either, this thread will stay up here for a bit. 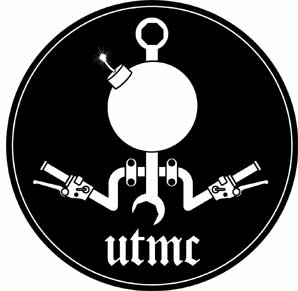 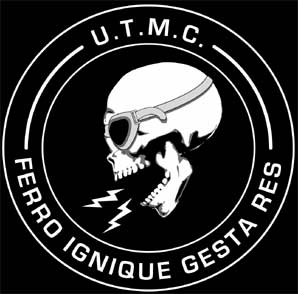 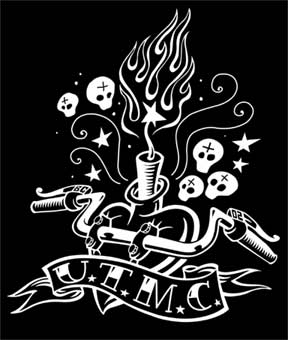 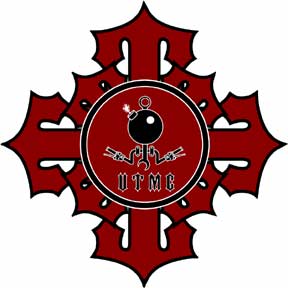 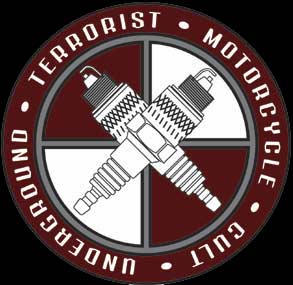 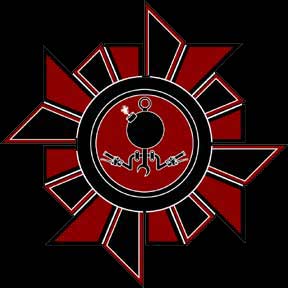 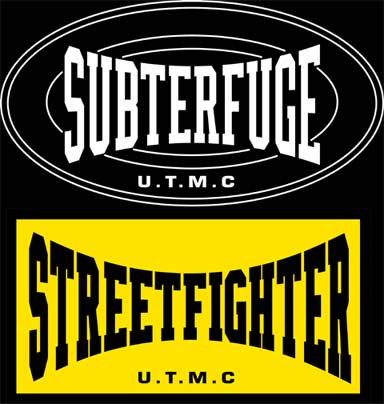 Thanks in advance for any contributions.

If your gonna be dumb you gotta be tough
Top

Any of these could be used for shirts/stickers/patches/lsd blotter, but Dr. Jason and I talked about getting more diversity in the art before we do another run of schwag. Not that I mind my lines going on the schwag, but you gotta admit that one that Pantani did really stands above the rest.
They swore it was the correct one, but swearing doesn't make a sprocket fit where it doesn't want to. --WeAintFoundShit
Top

What did you translate the saying on this one as again:

With the first link, the chain is forged. The first speech censured, the first thought forbidden, the first freedom denied – chains us all, irrevocably."

I've always loved the everlast streetfighter idea. I am wearing my Buell Streetfighter t-shirt as I type this. I'd buy one.
"You Couldn't Go Down to a Harley Dealer and Order a Bike that Looked Like a Typical Angels or Dragons Chopper. Harley Hated the Idea of Clubs Like us. We Were Messing Up Thier Bikes"
-Tobie Gene Levingston, East Bay Dragon President
Top

What did you translate the saying on this one as again?

We could use other Latin phrases too, if that one is a bit too extreme:

Non calor sed umor est qui nobis incommodat.
It's not the heat, it's the humidity. (this would be a good one for Baltimore)

Neutiquam erro.
I am not lost.

There's no one here by that name.
Nemo hic adest illius nominis.

The devil made me do it!
Diabolus fecit, ut id facerem!

Inopia Celeritatis
A mild dyslexia that makes it impossible to arrive on time.

Uno Danis Beemeratium,
I like your latin translations. Many of which would make fine bumper stickers. I especially like the one on "dopy religious cults." I have some neighbors who and I'm not kidding, talk in tongues. They believe it's like climbing a ladder to get closer to God. Anyways what's the Latin for "Doh"?

What would you like for a house warming gift? I have some interesting photos so let me know of an address and watch your mail.
Smellyous Yourum Laterist
Midlifous latium
The world is full of warnings. An elevator smells different to a midget.
Top

Pantani's latest work can be seen on new white Vespa with pink polka dots all over it. I am not kidding. And yes I would drive it if only the clown shoes would fit.

"The Favor of the Gods is won by the Bold, not necessarily the good"

former owner of the K-Bike of DOOM
Top

dan, is your e-mail adress still valid?
I'm not really from around here.
Top

damn I didn't realize this was an open open contribution..... my days are spent designing .... I will contribute!!!!!!
Top

that one should be redrawn
Top

forgot to lo again
I'm not really from around here.
Top

Keep up the good work guys...... I love the monochrome work. I've made one of the red/black templars B/W and may use it on the B/W race leathers. Macrays in Denver suggested a basic whole back could be done for under a $100......... and that last one xtain would work great on a kidney belt back lower......... nice

mtne
How can it be fun if there's not at least an outside chance of dying?
07' KTM 950 SE
08' Husky TE610 - Everything a KLR wants to be...
Yeah I'm a Bike Slut in remission
SmugMug pictures here, Save $5 when you join SmugMug by using this coupon zu0heHHhx9sjM
http://www.bikeshareworld.com
Top

xtian, what does the lattin mean?
"Our Country won't go on forever, if we stay soft as we are now. There won't be any America because some foreign soldiery will invade us and take our women and breed a hardier race!" Lt. Gen. Lewis B. Puller, USMC
2005.5 KTM 950 Adventure
1999 Honda CR250R
1978 Honda CT70 - Plated
Top

one is the closest translation of "internal combustion" I could find, the other comes form "navigare necesse est, vivere non est necesse.

to sail is necessary, to live is not

I'm not really from around here.
Top

WOO! Great stuff Xtian! Me thinks big patches or t-shirts of those would be great! And ScootFighter, there are some fly-by-night operations here in Baltimore that will do custom bling bling medallions for short bread, the price goes up if ya want solid gold or real diamonds tho

I'll have more stuff together soon, I can't wait to see what else you guys come up with

Mtne, if you do the templar shield on the back of your jacket I want to see photos!!!

How to make the bling bling with any letters. Need Photoshop.

SMOKKIN! That's much better than the method I was using (noise filter). Thanks Scoot!

Ill have Loki scan some trash in...
If I havent told you to fuck yourself, I must have been tired. Take it as meant

Neon wrote:Ill have Loki scan some trash in...

As I have been busy and dragging my ass on the Banner thing, I will try and get it done for the rally. Since I don't have the apropriate photoshop or illustrator skills............ I'm figuring on using the "new utmc card" which dan sent as the banner unless someone can produce and forward something better by tomorrow............. Personally I've got a good idea of what I'd like to see, but am incapible of doing in it.

dan you have mail.

the card for those who haven't seen it.

That is all.
How can it be fun if there's not at least an outside chance of dying?
07' KTM 950 SE
08' Husky TE610 - Everything a KLR wants to be...
Yeah I'm a Bike Slut in remission
SmugMug pictures here, Save $5 when you join SmugMug by using this coupon zu0heHHhx9sjM
http://www.bikeshareworld.com
Top

Y'a know I really like that. We can hang it vertically on a pole like the old Roman legions. Look at the one in the backround here:

I've always thought that the UTMC would look good strung up on a post....er....well you know what I'm sayin

Seriously tho, I like Disco's idea (now we need cooler hats tho).

BTW Mountain, the font on the shield is Ironwork (Caps), and the one on the roundel is Ironwork in lower case. The faded typerwriter text from the card is Royal Pain (you can get the same affect by running Times through the washing machine once or twice tho). I'll see if I can convert em over to PC and send em to ya.

I've actually got the day off so I'll work on this in between catching up on my email. ever notice how email is the first thing to fall behind when the basement floods?. Damn, I got new floorboards on my bike 2 weeks ago and still haven't gotten a chance to ride it! Maybe a short romp on the scooter, then email and the banner

I'm also gonna try testing some of Xtians designs on t-shirts (got some new iron-on transfers that work pretty good). Time for breakfast now tho!

Cards ?
Speed is just a question of money, how fast do you wanna go ?
Top

Another design I started on last night (needs some polishing)

One word on this one Dan: